Rise of the Guardians

Rise of the Guardians

Rise of the Guardians is an animated feature film based on the popular William Joyce book series titled The Guardians of Childhood. Nicholas St. North (Santa Claus), Toothiana (Tooth Fairy), Jack Frost (Spirit of Winter), Bunnymund (Easter Bunny), and Sandman must band together and stop Pitch Black (Boogeyman) from engulfing the world in darkness.

The movie is dedicated to Mary Katherine Joyce, who died of a brain tumor during production.

The spirit of winter, Jack Frost, describes how he came to be hundreds of years ago, lifted from the ice by the Man in the Moon, and has been invisible ever since because people don't believe in him. At the North Pole, North, better known as Santa Claus, is alerted that Pitch, the Bogeyman, has returned and is threatening childhood with fear. After summoning fellow Guardians the Tooth Fairy (Toothiana), the Easter Bunny (E. Aster Bunnymund) and the Sandman (Sandy), North learns from the Man in the Moon that they are to induct Jack as their new member. Jack is brought to North's Workshop and they attempt to swear him in. Jack, frustrated by centuries of isolation caused by children's disbelief in him, declines to join. Regardless, North persuades him to cooperate for now by explaining their mission and the looming threat of Pitch.

At Tooth's castle, the team discovers that Pitch has attacked, taken all the children's teeth, the childhood memories stored in them, and all but one of Tooth's mini fairies, Baby Tooth, whom Jack saves. Pitch declares his intention to destroy children's faith in the Guardians in revenge for his own disbelieved-in state, beginning with Tooth, who immediately begins weakening as children stop believing in her. To avert this, the Guardians perform her teeth-collection themselves for the interim, with a promise to find Jack's teeth to recover his previous life's memories. A young boy named Jamie is delighted to discover them in his room, as he believes in all of them except Jack, which renders Jack still invisible. Pitch learns of the Guardians' resistance and attacks Jack and Sandy; despite Jack's great efforts to save him, Sandy is overwhelmed by Pitch and seemingly destroyed.

The dejected Guardians next rally by helping Bunnymund prepare his eggs for Easter to keep children's belief strong. Although slightly complicated by the intrusion of Jamie's toddler sister, Sophie, the operation goes smoothly through to the distribution stage. Jack takes Sophie home, and discovers the entrance to Pitch's headquarters, where Tooth's baby fairies and the teeth are being held. Pitch urges him to step aside as a neutral party with the promise of his teeth's memories. Jack refuses, and Pitch attacks Bunnymund's Warren, ruining the Easter-egg distribution and shattering children's faith in the Easter Bunny.

The Guardians' spirit broken, a despondent Jack departs in disgrace to Antarctica. There, Pitch tempts him to join forces, but Jack again refuses, as he wants to be loved, not feared. In response, Pitch reveals he has Baby-Tooth, and threatens to kill her unless Jack relinquishes the source of his power, his staff. Jack submits, but Pitch reneges and the resulting fight leaves Jack trapped in a crevasse with Baby-Tooth while Pitch breaks his staff. To counter Jack's despair, Baby-Tooth convinces Jack to unlock his memories, which reveal he was a mortal boy who died saving his sister from falling through ice, and because of that heroism was changed into a winter spirit and chosen as a Guardian by the Man in the Moon.

Inspired at this revelation, Jack is able to restore his staff and his power. The Guardians and Pitch learn there is only one believing child left: Jamie. Jack races to the boy and not only confirms Jamie's faith in the Guardians, but also instills a belief in Jack Frost, enabling Jamie to finally see him. The diminished and weakened Guardians arrive to join him as they confront Pitch, while Jamie gathers his friends to support them. Pitch's seemingly overwhelming power of nightmare proves no match against the children's faith, which restores the Guardians' full power to battle the villain. Sandman is resurrected by this belief, and joins the fight, leaving Pitch defeated and children's faith restored, as well as in Jack Frost. Pitch is taken down by his own fear and is forced back into his lair.

With this victory, Jack is finally sworn in as a Guardian and resolves to protect the world's children with his new friends, allies and believers at his side. 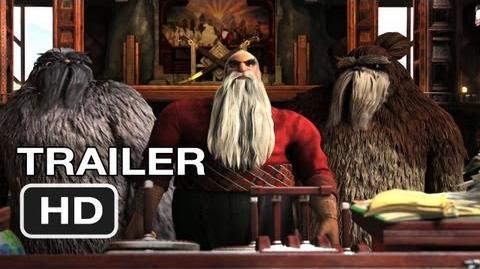 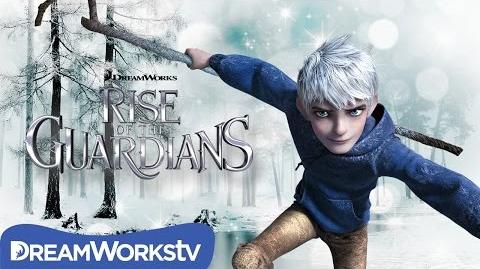 Rise of the Guardians Official Trailer 2 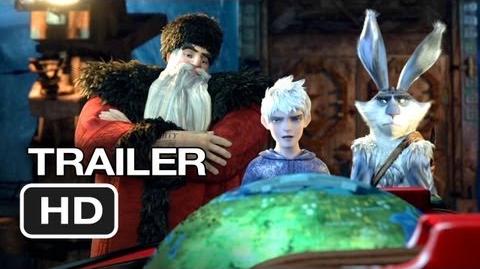 Elves Poster
Add a photo to this gallery
Retrieved from "https://heroes-of-the-characters.fandom.com/wiki/Rise_of_the_Guardians_(2012)?oldid=16310"
Community content is available under CC-BY-SA unless otherwise noted.