Frozen is an 2013 American animated film produced by Walt Disney Animation Studios and starring Kristen Bell, Idina Menzel, and Jonathan Groff. The story is based loosely on the classic fairy tale The Snow Queen by the Hans Christian Anderson.

Eight-year-old Elsa, princess of Arendelle, possesses the powers to create and manipulate ice/snow, a power also known as cryokinesis. One night while playing with her 5-year-old sister, Anna, Elsa accidentally hits her sister in the head with her powers and knocks her out. The King and Queen, once discovering their youngest daughter's injuries, seek help from the troll people in the forest. The Troll King explains that Anna was lucky to have been hit in the head, for had she been hit in the hearts she may have never survived. He then heals Anna of her injuries but also replaces the young girl's memories of Elsa's powers. In order to protect Elsa and keep her powers safe, the royal family then locks themselves within their castle, and Elsa hides in her rooms in an attempt to better hide and control her powers. This causes a rift to spread between the two sisters, who no longer see each other. This rift is worsened when their parents die at sea during a storm.

Three years later, the kingdom of Arendelle is holding preparations for Elsa's coronation ceremony and the visiting dignitaries of foreign kingdoms, including the conniving Duke of Weselton. The coronation ceremony will be the first time since the accident that the castle's gates will be open to the public, and Anna is excited to finally explore the town and see the people of Arendelle. Once the gates open, Anna quickly leaves the castle and meets Prince Hans of the Southern Isles, and the two develope a mutual attention to one another that results in Hans proposing to Anna, who accepts. Anna seeks out Elsa's approval on the marriage, but the older sister refuses to grant her blessing, resulting in an argument between the sisters. This ultimatly results in Elsa's abilities being exposed to the guests.

As Elsa flees the kingdom in a panic, she inadvertently unleases an eternal winter on the Kingdom of Arendelle, resulting in the visiting dignitaries being trapped within the kingdom bounds. Free from the fear of the kingdom and far away from her kingdom, Elsa builds herself an ice palace on the tallest mountains, letting her powers reign free for the first time in her life. During this time, Elsa brings to life the snowman that she and Anna made during their childhood games, Olaf. At the same time, Anna is determined to find her sister despite the fear and anger the town has for the girl, feeling that it is her fault that Elsa created the winter. She traves far up into the mountains, and during a stop to get supplies, she meets the ice seller Kristoff and his reindeer Sven. Anna convinces Kristoff to help her find her sister in the North Mountain, where they discover Olaf who leads them to Elsa's Palace.

Anna and Elsa are reunited, but Anna is unable to persuade her older sister to return. Elsa still holds a fear of hurting her sister and feels it is in both of their best interest to be seperated. As Anna continues to try and persaude her sister, she tells Elsa of Arendelle's eternal winter, and the older sister becomes agitated and accidently hits Anna in the heart with her powers. Desperate for them to be seperated, Elsa created a giant snow creature to throw the group out and make sure they never return. Kristoff notices during this time that Anna's hair is slowly turning white, and decides to take her to his adoptive family of trolls to be healed. The troll King, after seeing Anna, reveals that only an act of true love can thaw her frozen heart, otherwise Anna will slowly freeze forever. Understanding that Anna has Prince Hans waiting back in Arendelle, Kristoff races her back to her home in hopes that a kiss from the Prince will save her.

During this time, Prince Hans and a group of townsmen discover Anna's missing horse and decide to hunt for both princesses in the mountains. They find Elsa's palace and the snow creature protecting it, but two men instructed by Weselton to kill the princess are able to get past him and find Elsa. After attempting, and failing, to kill the older princess, Elsa is finally trapped and brought back to Arendelle in chains before she is shackled into the dungeon. Hans pleads with the girl to reverse the winter's curse, but Elsa admits to him that she is unable to control her powers and reverse what she has done. Hans leaves Elsa in the dungeon, where her powers are slowly growing out of control.

Kristoff brings Anna to the gates of Arendelle, leaving her to break the curse with her true love's kiss. Hans and Anna are reunited, where she pleads for Hans to kiss her and help her break the curse, however Hans refuses and reveals to her his true intentions. The youngest child of many, Hans' true plan was to marry Anna in order to seize contrl of Arendelle's throne. He soon leaves her to die, locking her in a room, and tells the visiting dignitaries that Anna has died. He also reveals that, before Anna's 'death', the two were able to give their wedding vows and as a result Hans is now 'in control' of the kingdom. He then charges Elsa with treason for her sister's apparent but false death.

Elsa escapes from the dungeon with the help of her powers and leaves the kingdom into a blizzard of her own creation. Olaf finds Anna locked away to die and reveals to her that Kristoff is in love with her. The two then escape the castle onto the frozen lake, both in search of Kristoff to gain true love's kiss. Kristoff, at this time, realizes he too is in love with Anna, and returns to Arendelle in order to find the young princess. Hans, having discovered Elsa's escape, confronts the woman and tells her that Anna is dead because of her actions. In Elsa's despair, the storm immediately stops, allowing for Kristoff and Anna the chance to see and reach each other on the frozen lake. However, Anna also is able to see her sister and Hans, and sees that Hans is about to kill the grieving queen. She quickly makes the decision to throw herself in front of Elsa, at the same moment her heart finally becomes frozen, and she turns into an ice status blocking the blow.

As Elsa finally sees what she has done, she falls onto her sister and grieves for what she has done. However, Anna also begins to thaw, her decision to sacrifice herself to save her sister instead of run to Kristoff constituting as an 'act of true love'. Realizing that love, not fear, is the key to controlling her powers, Elsa is able to thaw the kingdom of Arendelle and even provide Olaf with an eversnowing cloud so he may survive outside of winter. Hans is sent back to the Southern Isles to face trial and Elsa cuts off trade with Weselton, after discovering his attempted murder plot on her. Elsa and Anna reconcile and promise to never close the palace from the public again, and Anna and Kristoff finally share a kiss. Finally, Elsa uses her powers to entertain the residents of Arendelle, showing that they can be used for beauty and good and not as a tool for them to fear. 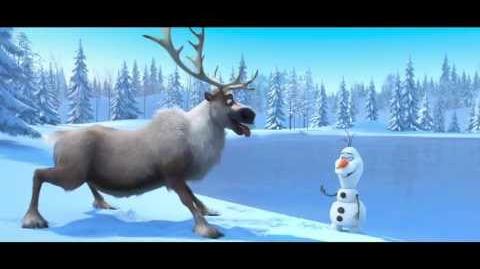 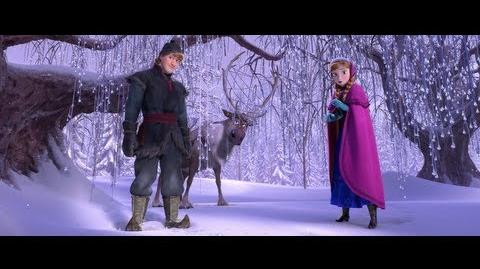 Disney's Frozen Official Trailer
Add a photo to this gallery 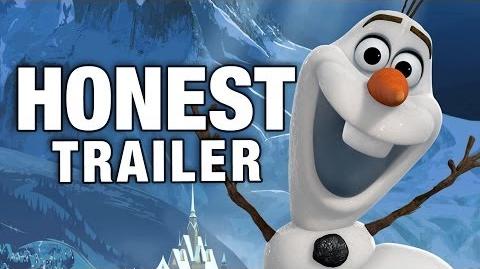 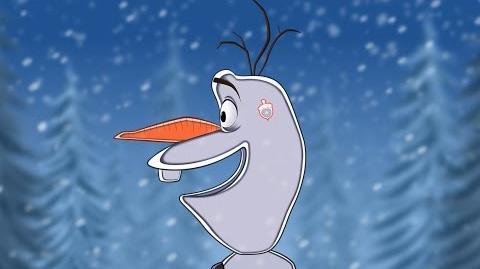 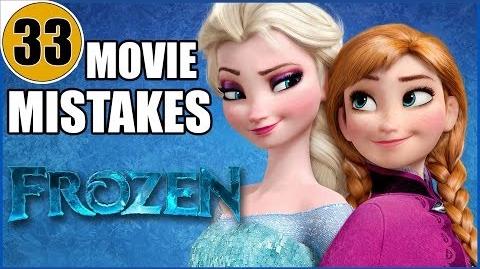 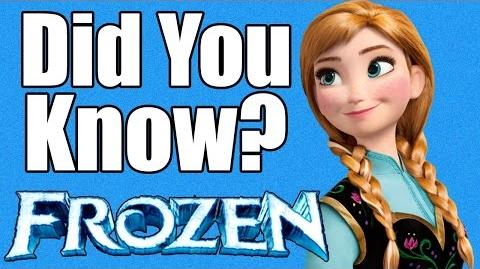 13 Facts You Didn't Know About FROZEN 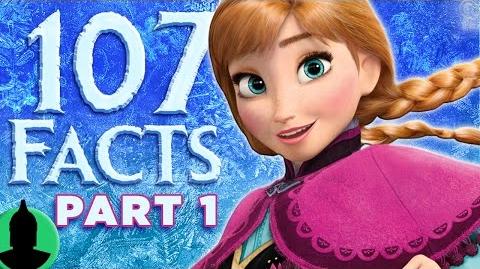 107 Frozen Facts YOU Should Know! PART 1 (ToonedUp 31) @ChannelFred
Add a photo to this gallery
Retrieved from "https://heroes-of-the-characters.fandom.com/wiki/Frozen_(2013)?oldid=18321"
Community content is available under CC-BY-SA unless otherwise noted.